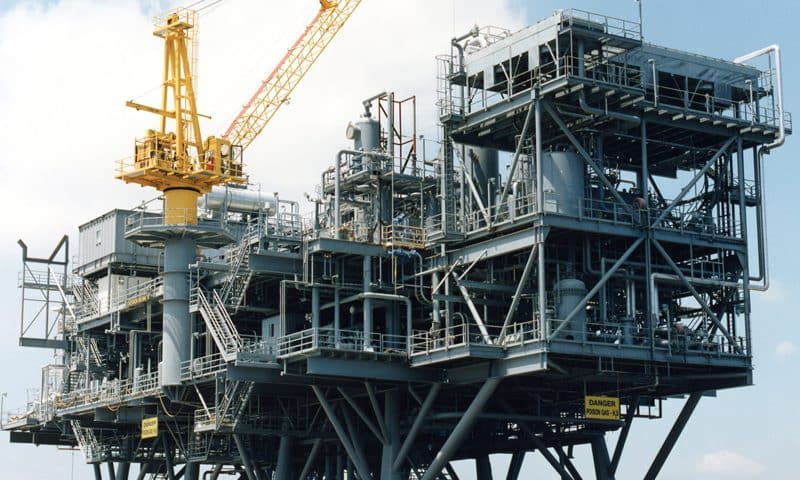 According to a report by ResearchAndMarkets.com, the demand for oil & gas infrastructure is increasing demand for automation and control systems. They report the global crude oil & natural gas consumption grew by 1.2 percent and 2.24 percent annually during 2005-16. The production and resulting consumption numbers looked good for recent years, and they’re only expected to increase for the turbomachinery controls market as well. In a report by Market Research Engine, the turbine control system market is expected to exceed more than US$ 20 Billion by 2024. Let’s explore some of the potential factors for this growth.

Increased Production and Opportunities Across All of North America

It’s not just the U.S. where numbers are rising. North America as a whole is seeing positive numbers. Opportunities exist in the Western Provinces of Canada, where oil reserves are not controlled by national oil companies. Therefore, private sector investments in the turbomachinery control systems for upstream oil & gas market in North America will likely only increase. In a report by Mordor Intelligence, oil production in the United States is expected to increase even more due to surging production in the Permian Basin in West Texas, as well as in the Gulf of Mexico. The Permian Basin, though, is perhaps the most striking turn of events in the past three years.

A Boom in Midland Texas

Blanketing news outlets right now is coverage detailing the oil boom in a section of West Texas and East New Mexico known as the Permian Basin, a place where the oil boom effectively began in America, and a place where production has tripled in the past three years. According to numbers from the U.S. Energy Information Administration, oil production in the Permian reached 3.2 million barrels per day in May and continues to rise. This increase has created a situation in which production companies are even having trouble securing jobs for all of the needed work.

According to reporting by Vice, by some estimates, the nearby city of Midland currently lists 20,000 unfilled positions. The workers that come to the basin show up to fill a variety of upstream-related positions, from roughnecks to chemical engineers. They’re being welcomed with six-figure positions after appropriate training is undergone, if necessary. Since a large amount of the oil found in the basin is attained via hydraulic fracking, which requires sand and chemicals to be forced into the shale formation to release the oil and natural gas, even companies that provide the sand for the fracking can be seen lining the highways of nearby towns like Midland and Odessa with dozens of big rigs. It’s yet to be seen if the Permian Basin will rival the production of massive fields like the Ghawar Field in Saudi Arabia or deepwater drilling in the North Sea. However, some corporate entities are already capitalizing on what could be a major producer for years to come—Exxon Mobil bought about 1.8 million acres of field in the Permian, equating to roughly the size of Delaware. But, with the increase in production comes an increase for smarter control systems that can improve efficiency and better monitor efforts in the production and refining sectors.

Increasing competitive pressures in the production industry have driven dramatic changes in the operational needs of oil rigs, process plants, utilities, and pipelines. Industries need to be able to start production quickly, increase their cycles while in operation, and get the most out of their assets by having control systems that make sure their production stays in operation without fail. With these sudden increases, some sectors are struggling with the strain that’s being put upon the midstream pipeline sector.

As mentioned previously, companies can’t find enough manpower to move the amount of oil coming up, but there’s also the logistics issue of dealing with natural gas by-products associated with hydraulic fracking. Producers can only flare (burn off) so much associated gas due to regulations, so it’s yet to be seen what pipeline solution will present itself for the natural gas by-products associated with the oil coming out of the Permian Basin. Colton Bean, director of midstream research at Tudor Pickering Holt & Co., emphasized that this problem could become costly for oil producers: “The ultimate downside scenario is you have to effectively slow down on your oil production because you can’t evacuate gas from the basin.” Regardless, oil & gas production companies need control systems that can help streamline their operation while keeping their workers safe.

Work With a Leader in the Control System Industry

Since 1978, Petrotech has been providing flexible solutions for upstream, midstream, and downstream customers in the oil and gas industry. We can help you improve your unit’s stability and responsiveness, operate closer to the control limits, increase production, and prevent loss. We provide advanced compressor control systems, gas and steam turbine control systems, and a range of other custom-built, user-friendly systems backed by 24/7 support. In addition to our cutting-edge equipment, we provide training programs tailored to the customer, including courses delivered on-site for a specific control system. For a more detailed technical discussion of our control systems, view our White Papers. If you are interested in seeing how our industry-leading solutions can benefit your business, contact us to request a quote today.