What Is the Function of a Governor in a Steam Turbine?

What Is the Function of a Governor in a Steam Turbine?

A well-designed steam turbine governor provides startup and on-line control for steam turbine driven generators and mechanical drives such as compressors and pumps. The core governor application must provide configurable options that enable flexible and scalable configuration to create multiple automatic starting modes (cold, warm, and hot) as well as manual operating modes such as slow rolling and trip and throttle valve testing.

Critical speeds are operating regions where the rotational frequency nears the critical frequency and thus high vibrations occur. In these regions, the governor ramp rates are increased to provide more rapid acceleration through the critical band and thus minimize the level and duration of critical speed induced vibrations. Once the Start-Up Speed Controller brings the steam turbine to the load or rated speed, control is transitioned to the Speed/Load Controller. 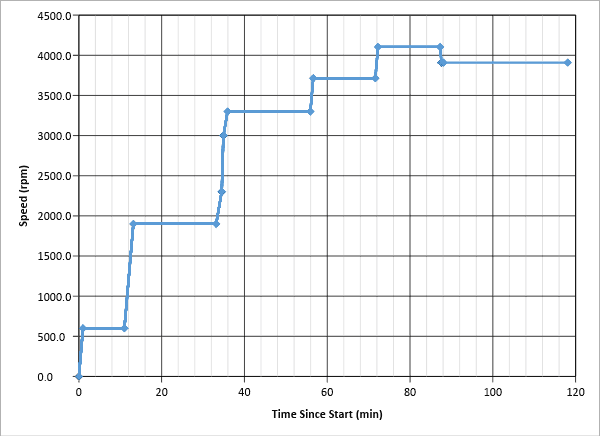 In isochronous mode, the Speed/Load Controller regulates the generator’s rotational speed to maintain the appropriate 50 or 60 Hz frequency. As loads (motors, lights, etc.) are added or dropped off, the Speed/Load Controller changes the position of the steam inlet valve or nozzles to maintain the speed for the appropriate frequency.

In droop mode where the generator is connected to a utility grid the generator, once synchronized, will operate at the speed that matches the grid frequency. Since utility grids are infinite relative to the generator, the only way to add power to the grid is to effectively try to increase the frequency of the grid by increasing the speed setpoint to some level above the grid frequency. In many industrial plants where users generate their own power, the Speed/Load Controller will receive its setpoint from feedforward controllers such as steam pressure or flow controllers to regulate the consumption and thus the power added to the utility grid. If for some reason the steam supply begins to decline (boiler outage or other steam demand requirements), the feedforward controller will reduce the demand signal to the droop controller and thus reduce the power generated. Conversely, when the steam supply increases, the feedforward demand signal to the droop controller will increase, and additional power will be generated.

While in droop mode, and if the utility grid tie breaker opens, the Speed/Load Controller immediately transitions to isochronous mode and assumes speed-frequency control. Once the utility tie breaker is restored droop mode resumes.

Our team can install control systems to ensure your steam turbine is protected and efficient, including the following:

Reach Out to Our Team of Experts

No matter the type used, a governor protects your turbine by reducing its load or shutting it off completely in emergency situations, as well as providing more power in the case of high demands. At Petrotech, we have the control systems available to monitor, protect, and increase the efficiency of your turbomachinery system. Our integrated control systems provide complete or partial control system retrofits for steam turbine driven packages for compression, power generation, and pumping applications. These systems provide replacement and enhancement controls for outdated electro-hydraulic, analog-electronic, relay, and pneumatic based control equipment. To learn more about our line of turbomachinery controls, explore our literature library.